Do You Know The Principle Of Best Electronic Vapor Cigarettes?

Do You Know The Principle Of Best Electronic Vapor Cigarettes?

Electronic vapor cigarettes, also known as electro-atomized cigarettes and virtual machine-made cigarettes. It is composed of three parts: a smoke bomb containing e-liquid, an atomizer and a battery rod. While the electric heating wire heats the e-liquid, the atomizer emits ultrasonic waves to atomize the e-liquid, and the atomized e-liquid enters the mouth with the airflow, thereby achieving the effect of simulating smoking.

E-cigarettes in the domestic market are mainly divided into two types: "heat-not-burn e-cigarettes" and "liquid-liquid e-cigarettes".

Another type of e-cigarette with e-liquid, its basic structure includes battery components, atomizers and pods. The e-liquid in the pod is generally mixed with nicotine, propylene glycol, glycerol, vegetable glycerin and taste improving additives. Different from traditional cigarettes, e-liquid e-cigarettes are said to contain no tar. The battery rod supplies power to the atomizer, which can convert the liquid nicotine in the cartridge into mist, thereby making the smoker feel similar to smoking.

Since 2007, electronic vapor cigarettes, as a new type of tobacco, began to enter people's field of vision, and were called "Electronic Nicotine Delivery System" at that time. Its characteristic is that it only provides nicotine, no tar, and does not need to be burned, but it can achieve the effect of traditional cigarettes. 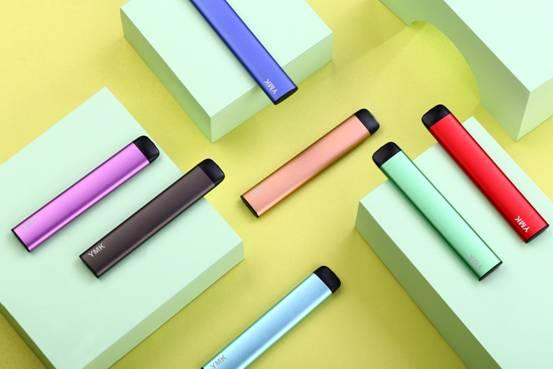